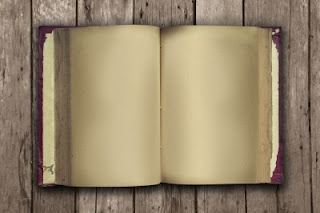 In the beginning of July, I accepted custody of my 4 year old niece and 7 year old nephew. My children are a 17 year old son and a 13 year old daughter, so it had been quite a few years since I had young children at home. I was an advertising sales executive, very involved with the business community, and had returned to school for my Masters. All of that came to a screeching halt the minute Sarah and Jason came into my life.
This blog is not to lament my “lost” career or life. On the contrary, I have found a new freedom and depth of living that was missing from my life. I was only 20 years old when I had my son, Bradley, and I was so busy trying to get through college and start a career, that Brad became like a baby partner for me. He went with me to classes, and rode with me when I worked. He was a quiet but active child, and an absolute delight. By the time Ashley came around, when I was 24, I was a Junior in college, working three jobs, and she was just one more addition to a very busy family life. I never had much time to focus on my children, because my life was so scheduled. I was shuttling them from daycare to school to sports to home then dinner then bed. I had little time to spend with my kids because I was trying to make it in the business world.

Jason and Sarah are my deceased sister’s two youngest children. Their father is fighting in Iraq. They have had a rough time so far, but being resilient children, they are doing well. They both have ADHD, and need lots of attention. I started by sliding them into my life in the same manner of my children, but quickly realized that was not going to work. I also needed to face the fact that I was essentially working to pay daycare. Being an outside sales executive, I need to place long hours networking and schmoozing to close a deal, and I don’t make money unless I can do that. Once the children came to live with me, late nights networking were out. I was running myself ragged, and everyone was suffering.

Fortunately, I was able to restructure my life and become an at home mom. I should have started writing about our adventures from the beginning! I have learned so much already! We have had to place security locks on all the doors to keep the kids from going outside unattended. We have had to install a chime in the kitchen because the late night raiders would sneak in the kitchen and steal any goodies they can get their hands on (one day we found a pancake & bottle of syrup in Jason’s bed). We have to keep their closet locked so they do not throw their dirty pull ups and clothes in their dressers. There are the frequent doctor visits and counseling sessions and school conferences. I was never as busy working as I have become since staying at home!

The thing is, I don’t miss it. We have found a new normal, and we all are getting accustomed to our new life.I have discovered a renewed love of cooking. One of the first things I taught my children was how to fix their own breakfast. Our dinners were often in restaurants, or hastily prepared entree at home before baths and bed. Now, I have time to cook large meals with leftovers for the next day. I bake bread and cakes and cookies and stews. I am no longer too intimidated to try fancy recipes. I am actually saving money on groceries because I do not buy pre-prepared meals, and we almost never eat out.

Today, I am going to bake my third chocolate cake this week, with home-made cream cheese chocolate frosting, and my boyfriend wants me to make fudge. My mom was always the one who could make fudge, and I never tried. I’ll write about my success or failure with that tomorrow.

Jason and Ashley are already off at school. Sarah is watching PBS Sprout right now as I am writing this. BTW, I will mention that I LOVE PBS! I am so tired of cartoons that are inappropriate and not educational. PBS Sprout is awesome! Sarah loves to watch and learn in the mornings before she goes to VPK. It’s about time to get her dressed in her uniform and start planning our dinner. I also have laundry to get out of the dryer, and a dishwasher to unload and reload.

One last note for now. Today is my sister’s birthday, and what would have been her 35th birthday. She died in 2007, 4 days after her 31st birthday. Her son, Jason, was only 3 at the time, and Sarah was only about 6 months old. I struggle with how much to tell them about her. They really don’t have many memories of her, but I don’t want to eradicate her memory, either. I’m trying to find ways to respectfully honor her life and make them appreciate her, without making them feel a loss. I would appreciate any suggestions.