Missives from the dating battleground, codename Maneater - Part I 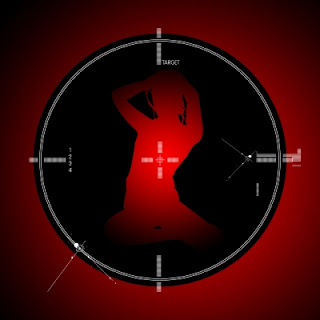 Having recently emerged from a dual, deep cover, 10 year operation, I am evaluating my wounds.

I have discovered that I have softened a bit. My last target was certainly a volatile subject. I was constantly on guard, due to his changeable moods, but I see now that he was working on me as well. I find that I enjoyed having him around. He was always very helpful, and the sex was incredible.

As I am doing a post-mortem on my operation, I have found that my early forays back to the dating battlefront have left me a bit shaken. I realized that I may have lost my edge.

One of the most difficult transitions is that I have found I have lost my affection for casual dalliances. Many of my former places of refuge have moved on to their own missions. I find that I must build a new team. The training is the hardest part. I have tried a couple of minor missions, and though they were pleasant, I fear that they too have been in the game far too long. They are as guarded as I, and it appears that the only true emotion is the desire to escape afterwards.

Recent reconnaissance missions have shown that the persons of interest come in one of several types. The first is the Predator. He is only looking for his next conquest. He has varying skills in charm and manipulation. He is the most dangerous, but typically straight-forward in his advances, so easier to escape. The second is the Homeless Guy. He is the one that within days of meeting, is professing his love and wants to move in with you. Then there is the Married One. This one wears the disappearing wedding band. This one is sneaky because he seems so normal. He has already been conditioned by his spouse, so he knows how to connect. He's the worst because you find yourself falling for him before you realize the truth behind his lies. Finally, the one that I most detest, is the Rich One who, despite his dubious looks, charm, or personality, feels that he can pick and choose from the many flowers that are available. These are often the cruelest, because they treat others like a commodity to be bought and sold. I will say, though, that it is not all their fault, since there are many women more than willing to be purchased.
(continued below)

My fellow compatriots have been conducting their own missions with mixed results. We keep each other informed by covert, live-action messaging. This has the dual benefit of allowing us all to stop each other before we make a disastrous decision. Frequent social-media posting allows us to fill in the back story for each subject, and raise the red flag if the subject is a no-go. I have found that traveling in packs is really the safest way to go, nowadays.

After hundreds of missions over the years, I fear that this particular agent may be ready to retire. I long to find an agent as skilled and tired of the game as I. I long to find one that we can swap war stories and who understands my fierce independence and need for solitude. I long to find a talented agent who does not require advanced training and conditioning. It would be wonderful to travel together, enjoy an occasional show, and have a chemistry that made me sizzle, but not so much to overwhelm me or make me feel the urge to play house. Afterwards, we can go to our own homes and connect later. Maybe one day...

Until then, I am donning my little black dress in preparation for my next mission. Wish me luck!