He Saved Me From Myself (And Still Does)! 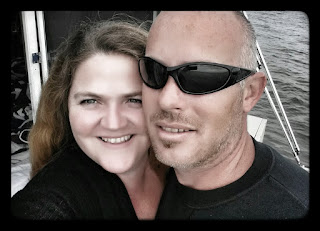 Many years ago, as I was just branching into adulthood, I married young.

I married because I had no idea what I was going to do after graduation. He was handsome and he was in the military, so I knew we would be covered financially. I also loved him. It was a calculation that in more ways than I have realized, until recently, have had reverberations throughout my life.

We were kids. We were stupid, irresponsible, and so frighteningly broke, it was ridiculous. By the time I left him, with my infant son, I had infections around my nails from malnutrition. I had made a promise to myself NEVER to trust another man with my money. I would always be self-sufficient. Where others saw bitterness, I saw resolution and empowerment.

The problem was, when you are a fiercely independent woman who doesn't need a man, you push away men who would love you. It is difficult to hug a woman made of steel. She won't bend. She isn't willing to give. It you need no one, you have no reason to compromise. I burned through lovers, some potential partners, with reckless abandon. The minute they insisted on more than I was ready to give, I moved on.

I suppose it was bound to happen, though, that eventually the pressure began to erode my resolve. I rarely was lonely, but when you have countless failed relationships, it is time for self-reflection. It started with a man I fell head over heels with after my first divorce. He ultimately left me for another, but his absence created a fissure in the stone that was my heart. It was further wedged apart by my second husband with whom I fell madly in love. It truly felt eternal with him...until it didn't. We separated, but by that point, my heart was beginning to shine through the rubble.

Unexpectedly, it was the man who came next, who has begun to brush away the debris from the crumbling fortress around my heart. He was intended to be a casual fling, which is why I did not immediately begin rebuilding the wall. He slipped through my defenses because I did not consider him a potential mate. It has now been 5 years together... (continued below)

Check out my books available on Amazon

This long, rambling blog has been to say that, for the first time in my life, I am finally open to allowing a man to help me, and I am depending on him. As I have been struggling with my quest to downsize and move into a smaller place, he has been with me. We have fought and lashed out and postured, but we keep coming back to one another. Then, he did the most unexpected thing ever...he went out and bought me an RV. After everything, it is he that is making my dreams come true. I am touched in a way I didn't think was possible.

And so, we will begin the process of ruthlessly cutting through and discarding years of accumulated clutter. It seems very appropriate that we will be starting the next phase of our lives fresh and unencumbered by the litter from the past. I am hopeful, breathless, excited, and as vulnerable as the maiden liberated from the tower in which she was locked away. How unexpected that he would be my knight in shining armor. 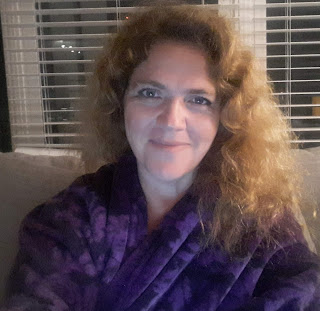 My bags were packed. I had everything ready to go. Everything was sold and all the bills were paid. I was flying out on Tuesday.

After an unexpected call from Washington, DC late yesterday afternoon, everything is suddenly on hold. I was shocked and have been processing the news ever since.

I now have to make some decisions. I am happy to have a few more weeks to spend with my loved ones, but I cannot do this for long.

I am thinking that I can afford one delay, but if this drags out too long, I will need to make some new plans. I will need to look into work, a vehicle, a place to stay. I will also need to consider long term decisions about the direction of my life. Do I stay in Charleston? Do I try to find a new career? Do I continue with the Peace Corps?

In many ways, I am in a great place. I literally have no baggage holding me back. I can absolutely craft a new path and design my life as I please. The question is, what will that look like? I have some meditation to do. 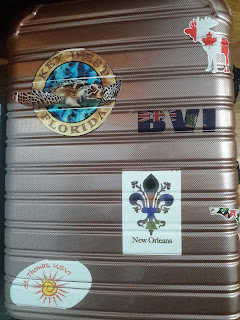