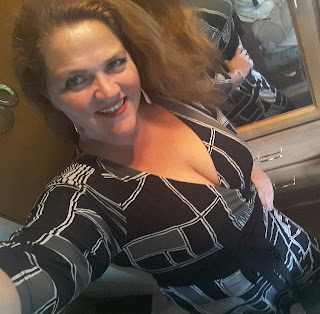 My partner of almost 7 years and I broke up in early July. It had been a long time coming. Our relationship had been getting more and more toxic, but we both feared the pain of the final goodbye. As it goes, I would not have been the one to end it, but when he did, I broke with our tradition of separating for a time out and returning when things calmed down. Instead, I packed my little RV, which has now become my home, and I left the state to go home to Mom and lick my wounds.

Mentally, leaving FL, the place I had chosen as my forever home and returning to my SC home was extremely painful. When I left SC in 2009, I had NO INTENTION of ever returning, save a visit to family. As such, I had zero preparation or plan, other than a vague notion of getting a job.

I miss my FL friends, my life, the lifestyle. I spent many hours watching DVDs of movies I had seen repeatedly, just so I could cry in peace. I reached out to former high school friends in an effort to reconnect. I spent many painful hours just sleeping.

Finally, a vague notion of a plan began to form. I decided that I would stay here for at least a year. I figured that would give me enough time to grieve my lost lover, honor what we were, and find just who in the hell I am now.

You see, I have belonged to someone for at least 15 years now, and even before that, I have always had someone. Claiming the mantle of "single" has been frightening and disorienting. Whether I chaffed at the restrictions of a relationship or not, I always worked within the parameters set by my lover or partner. I had no problem sharing my thoughts, my whereabouts, my money, or my body. I embraced their adventures and remade myself in their image over and over again.

One night, in a particularly sad moment, I decided that it was enough grieving. I pulled out my phone and decided to download Tinder. I chose that one because I really didn't want to seek a new relationship, and I liked the speed in meeting, typically. As a Gen X-er, I appreciate meeting in person. I find days and weeks of messaging tedious. If we "like" each other's looks, lets meet and see if there is a spark. If not, no biggie. I just don't want to waste precious time with endless back and forth, only to discover that there is no attraction in person. I also absolutely refuse to engage in sexting before meeting, because I don't want to set an expectation for sex until I know there might be something there.

As what often happens to women on dating sites, I almost immediately had people reaching out. I began setting dates, and before I realized it, I had a week's worth set up. It was a bit surprising and disorienting. I stopped setting anymore dates after that, simply so I could catch up.

My goal was to be present for each date, whether there was a connection or not. I wanted to remain open-minded to all types, and not just get into the same type I always fall for. I did not have any "rules" or expectations. I figured that I would meet them, have a nice meal, hopefully some good conversation, and see what happened. I never expected what has happened, though.

Each man was nice in their own way. If you actually sit and listen, men will tell you their "crazy." You can just sit back and hear their story, and see where the damage has occurred. At 43, I am meeting men between 40 and 50. Blessedly, unless you've made some seriously bad decisions in life, most are gainfully employed, have some stability and emotional maturity, and have their own place and car. The same could not be said for the last time I was dating, back in my 20s. It's been a refreshing change.

I discovered that I detest a man coming on too strong before we've met. That is where my "no sexting" rule has developed. I almost broke a date with a man who was coming on way too strong, and not accepting no for an answer. It was only after he swore to behave that I finally met him, at a very public place, in the afternoon.

Every man has been gentlemanly. They have all paid for the date. They have all  been obviously hoping for more, but been respectful if that was not the case. Some have reached out after the date, and some have not. In all cases, I've been happy with the way things have gone, until I met one particular man.

It was obvious we had intense and immediate chemistry. I could feel the tension between us. It was like sparks of electricity, and it was intoxicating. After an initial date, we quickly fell into chatting every day. From morning til evening, we would spend all day texting. I could not keep myself from grinning when I texted with him. I found him occupying my thoughts. I welcomed the distraction from my ex.

I began to realize, though, that after late afternoon, he would go silent. I began to feel a nasty, creeping sensation in my belly. I asked him if he was married, and he said no. The next day, I asked him how long he had been single. He said he was divorced three times, and had been single awhile. I just couldn't shake the feeling that I was not his only focus, though. Finally, I asked him, with uncharacteristic candor (for me) why he was not available in the evenings. He finally admitted to a "not serious" girlfriend who occasionally spends the night at his house. As this was going on, he was encouraging my affection. He was attentive and seemed to relish the attention I was giving. I felt a crush developing, and it was an amazing sensation.

By day 5, I was well on my way to throwing myself into this man. I had continued going on the dates I had set up before, with his full knowledge, but none compared to what I was feeling for him. After my last date, he asked me to not set up any more. I happily obliged. (continued below)

I could feel that my feelings for him were getting mixed up with my feelings for my ex-lover. My heart was open in a way that it is not normally. It became torture to not be able to speak with him in the evenings. Where, once upon a time, I may have been willing to accept this, and wait it out, I began realizing that I would have to end it with him, unless something changed.

By day 7, I just couldn't take it anymore. I sent him a message essentially saying that I have loved my experience with him, but that I have come to realize I need more. I don't need, or even want, a new relationship right now, but after years of belonging to someone, I am not content being a side-piece. I need attention and affection. I said that, if I had misread the situation, please let me know asap. As of this point in time, he has still not responded. As far as I'm concerned, that is all the answer I need.

What has been most amazing is what happened after this. I had a cry, then I wiped my tears, and almost immediately, I began hearing from friends and former lovers. It was almost as if the Universe was congratulating me on finally valuing myself. I felt as though I had passed some karmic test in ending the "relationship" with him. I feel a level of strength that I did not have before. I feel as though my energy has shifted, and I am seeing things in a fresh light.

I had a date yesterday, and I have another tonight with a gentleman that I went out with last week. He's German, and a business owner. He travels around the world, spending a few months in each place. He expects to be here through November. We did not have sparks, but he's quite attractive, and we did enjoy a peaceful, companionable evening together. I'm hoping for the same tonight.