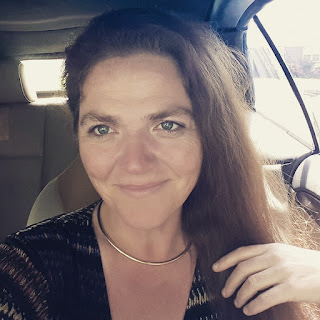 It has been a long time since I have written in my blog. I suppose that I needed some time to heal and reflect.

When I moved to South Carolina from Florida this past summer, I was going through a breakup. I decided that returning home would be a good place to heal and reevaluate my life. My children have both grown and moved onto their lives. I had already closed my business in Florida. I really had wrapped up any lingering ties that I had in my life at that point.

After about a month of depression and wallowing, I decided to start dating again. That was an interesting experience. I can say that, and making that decision, I have met some incredible people and made some great friends.

I have actually been dating one man in particular that I had met almost immediately. There had been another, though, that really caught me emotionally. It was when we ended, that I was finally forced to reevaluate the ridiculous behavior that I had then engaging in.

I had been accustomed to a certain level of activity with my ex. He was always calling and texting me. He would tell me every thought that popped into his head.  He was a very dominating personality, and over the course of our 6-7 years together, knew no other way.

It has taken me some time to realize that his level of personal interaction was overwhelming to most people. When I reflect on the things that went wrong in my last romance, I realize my culpability in much of it. That is not too absolve the other person of responsibility. He certainly could have been more forthright about things, but my behavior made it worse.

I have come to realize that I am the only one with responsibility for my peace and mental well-being. It is frustrating to realize how much I have tortured myself over the years because I did not understand this basic concept.