A Tale of Love and Destiny 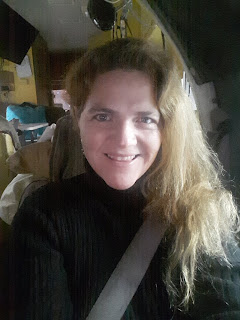 Last year I met and fell in love with the most incredible man I had ever met. He fascinated me with his travels, adventures, and intelligence. He showed me a life I had never considered before, and it was amazing.

We have had an intense and passionate romance, that came to an abrupt halt when his contract for work ended in America, and he had to return to Germany for his next project. Though we tried to find ways to keep him here or for me to join him there, it just never came together for us. It was absolutely heart-breaking and gut-wrenching.

In the months that have passed since his departure, my emotions have run the gamut. There is regret that we did not have more time. There is pain from the separation. There is appreciation for what we had together, and there is hope that we will be together again.

We have continued our relationship out of sheer stubbornness. It is so hard to release something that was so incredibly magical. Even as we both take other lovers, we cling to one another. When I consider ending things completely, I must wonder, what is there to end? We message each other daily, but we have not seen each other in months, nor do we have an exact date for a reunion.

I want to be angry with him for leaving, but how can I? He is being true to himself in living the life he desires. In his own way, probably without realizing it, he has released me to be the woman that I should have been all along. I finally took the initiative to join the Peace Corps, which was a lifelong desire of mine.

I also remember telling friends that, after having such an amazing man in my life, a new bar had been set. How could I choose unworthy men after him? I could only imagine the Superman that would come to me next.

The lovers that I have had since have all been special in their own way. I have no real interest in money, long-term relationships, or security, so I have held no agenda. I have chosen lovers who were fascinating and accomplished. I love meeting men from other countries who can teach me about the world from their standpoint. I love meeting men who are able to challenge my worldview. I have been able to truly enjoy them for who they are, and when our time was done, we kissed, held one another, then said goodbye with no regrets. I am pleased to still call most of them friends.

Knowing that I am leaving the country for two years to fulfill my dream has allowed me to step back and just live life. It has been liberating. And yet, in a plot twist worthy of M. Night Shyamalan, the Man of Steel himself has stepped into my life.

The day we met, I had just decided I was leaving Charleston until it was time for me to leave for Mozambique. On our date, within minutes of meeting one another, I had told him of my plan, and yet, he has enchanted me. We have lived more in the few weeks that we have known one another, than I have had in entire relationships with others. Our connection is deep and almost otherworldly. Perhaps because of the time we have left, we are pouring ourselves into one another.

This comes down to, not a choice between two amazing men, but rather which will I choose: a future with him or my dream life?
The one lesson I have learned is that when you release a lover, even if you both have every intention of reconciliation, once you allow the moment to pass, it will never be the same. New lovers will enter. New paths will open up. I know the person I will be after the Peace Corps will not be the person I am now. Will we still cling to one another as we do now?

And yet, if I choose him, will I ever grow to regret not following my dream?

What he and I both believe is that everything happens in its time and exactly as it is meant to be. He was meant to come to me now. I am so grateful for him, and I shall cherish every moment we have in the time that we have. I am blessed to have him.