Dating, Adjusting & Ghosts of Lovers Past 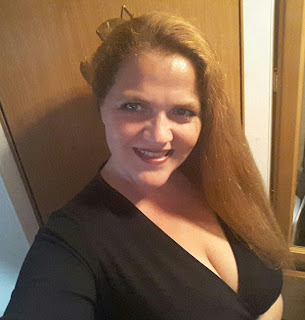 I find myself looking for lizards a lot nowadays, and always being disappointed when I don't see them. In FL, lizards are a daily part of life. Sipping my coffee in the mornings, I would gaze out of my window, and see little anoles running around, showing off their necks, or posturing for territory and romance. Later, when I moved to Key Largo, it was iguanas that would run around all the time. A trip from Key Largo to Key West, was always filled with sunbathing iguanas and iguana road kill. Of all of the things to miss, I find this the most surprising.

I drove down to The Battery with a date last night. We walked along the waterfront, like I have done on hundreds of dates, since I was a teen. Feeling the damp, humid, bathwater air, lifting my hair and blowing it into my face, I began to remember some of what I loved about this place. Then, I looked out on the Charleston Harbor, and saw people on their boats, and felt a pang of loss.

I do miss him, but it is more of a whisper that caresses my ear at the most unexpected times. He's like a ghostly presence that occasionally is able to touch my heart. I know he is there, and that is ok. After spending as long as I did with him, I would expect him to have made a mark on my soul.

As I expected, now that I am working and dating, life is falling into a routine. I am making new friends and exploring. I am reconnecting with old friends, and relearning Charleston. This place has changed in so many ways, and yet, is the exact same city it has always been. I suppose it is a bit of a comfort to know that.

I know that I am not ready for a new relationship. I cannot discount the fact that I, most assuredly, have some psychic wounds that I am not even conscious of. I am remaining open-minded, because, even though I cannot imagine falling into a new relationship, I suppose, for the right person, I would absolutely do it. I have thoroughly enjoyed meeting new people and dating. It is fascinating to learn about the lives of others. I can honestly say that I have not had a "bad" date, though there have definitely been some where I knew it would go no further. I am learning to be honest in a way that I never have been courageous enough to be before.

If I have any words of wisdom to impart to others reentering the dating world, it could be boiled down to this:

2. Do Not Overshare: I had a discussion with a man yesterday who was telling me about the ladies that he is currently talking to. When I told him that I really did not need to know all of that, he said he disagreed, and that honesty was very important. I agreed with his premise, but seeing as how we had never even met, he didn't owe me an explanation. If the day ever comes that we entered into a relationship, then others would be irrelevant anyway. The point is, after being in a relationship for years, we are conditioned to tell our partners everything. They don't need to know everything. I am not advocating hiding pertinent information, or being dishonest, I'm just saying, sometimes less is more.

3. Pay Attention: It does not matter who I have been out with, everyone will tell you their story. LISTEN! The men I have met have tales of past infidelity (on both sides), baby mama drama, confirmed bachelorhood, casual lovers, close female friends (who are the ones they actually want, but don't want them in return), etc. Everyone has a story, and they all tell it. When you shut up and listen, you will know immediately the arch of the relationship. I had a date last week with a nice man who went into a story about walking in on his ex-wife with another man. It had been five years that they had been apart, but a blow like that can have lasting impact, and he was fairly vibrating with need. Knowing who I am, and where I am at this stage in my life, I decided that I would not see him again. He was just so damned vulnerable, and I did not want or need that right now. I could see me eventually hurting him, because I am not in a place to help heal him. You must listen when you meet people.

4. Give As Much As Is Offered: A text at 9 pm is only about a booty call (or checking to see if you are on a date). It doesn't matter if you think he is Superman, if he wanted you, he could have made plans to meet you. If he reaches out, respond in kind. A "hi" receives a "hi" in response. A "Would you like to go to dinner tomorrow?" receives an, "I would love to!" People will treat you like you allow them to treat you. Just sit back and observe.

I'm sitting here drinking my coffee, looking out my window at the verdant overgrowth and greenery. It is so damp here. There is a near constant hum of cicadas. I'm finally getting used to it again. I have no idea when I will stop looking for my lizards, but I'm adjusting.

10 Days in Ireland:
A Woman Alone on the Vacation of Her Dreams

In 2003, I embarked on a 10 day journey to Ireland on my own. I was a single lady, wholly unprepared for what was to follow. My plans and reality came crashing together, when I realized I did not plan out my trip as well as I had assumed. What was supposed to be a tour of Ireland, became a intimate portrait of life with the locals.